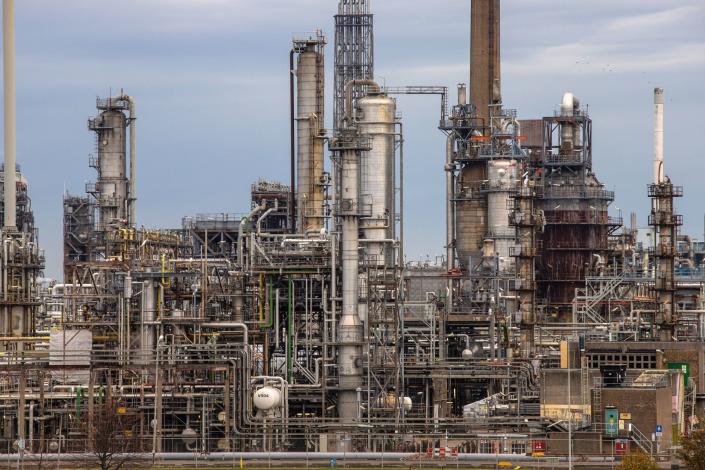 (Bloomberg) -- Oil held a drop as the European Union considered a higher-than-expected price cap on Russian crude and signs of a global slowdown increased.

West Texas Intermediate was steady below $78 a barrel after losing almost 4% in the previous session. EU officials discussed setting the ceiling for Russian seaborne exports at $65 to $70 a barrel. That’s far higher than many expected when the Group of Seven first proposed the idea as a way of punishing Moscow for the war in Ukraine while keeping markets supplied. Ambassadors are scheduled for more talks Thursday amid disagreements on the details.

There are mounting headwinds in the two largest economies, threatening energy demand. In the US, Federal Reserve economists briefed policymakers that the chance of a recession in the next year had risen to almost 50% as interest rates climb. In China, officials are pressing on with aggressive efforts to check the spread of Covid-19, ordering lockdowns and movement curbs. Daily virus cases rose to near 30,000, the most during the pandemic.

Crude has tumbled this month, unraveling the gains in October that followed a decision by the Organization of Petroleum Exporting Countries and its allies to reduce production. While the price-cap plan -- which is meant to complement an EU ban on seaborne Russian crude flows that starts in December -- had been seen as potentially supportive of future should it result in lower output, a high cap may end up having a minimal impact on trading.

“They may settle for a number that is not too far from where Urals is currently trading, which makes the whole exercise even more irrelevant,” said Vandana Hari, founder of Vanda Insights, referring to the Russian crude grade that’s shipped from the west of the country. “Without a cap, Russian crude would have continued to trade at sizable discounts anyway.”

Goldman Sachs Group Inc. said that the higher price cap now under consideration may reduce the risk of Moscow retaliating, although it expressed doubt that the mechanism could be enforced.

Key metrics are signaling a weaker market, with WTI’s prompt spread in contango, a pattern that points to ample near-term supply. The difference between the two nearest contracts was 15 cents a barrel in contango, compared with 24 cents in a bullish backwardated structure last week.

Contributing to the softer outlook, US gasoline inventories rose 3.06 million barrels last week, the largest build since July, government data showed. Demand fell by the most in nearly two months before the Thanksgiving break

Hong Kong Shares Due For Support On Thursday

China Stock Market May Spin Its Wheels On Thursday