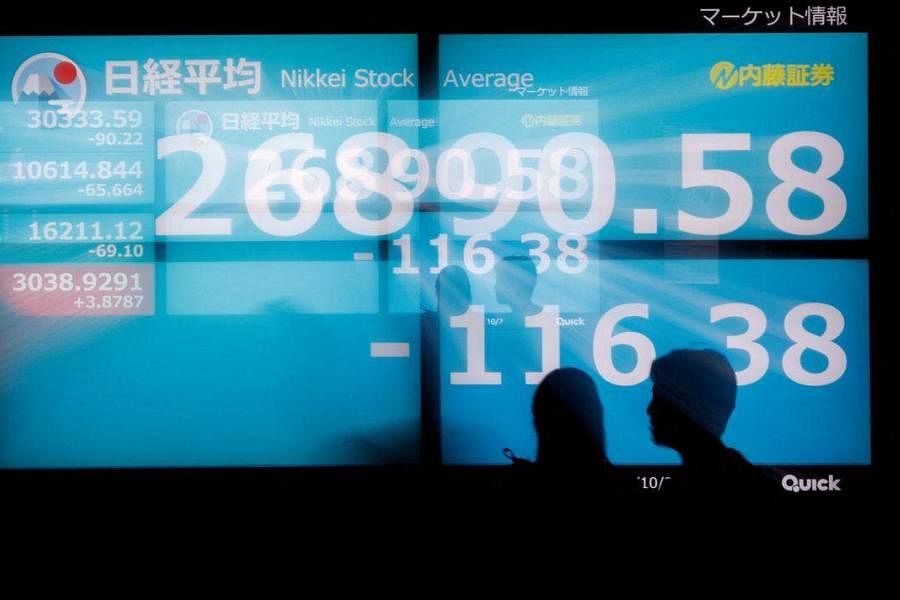 ASIAN markets rallied on Thursday and the dollar weakened further after minutes from the Federal Reserve’s latest policy meeting suggested it could slow its pace of rate hikes.

The news provided traders with a cushion against concerns about surging Covid cases in China that have fanned speculation authorities will revert to lockdowns and other economically debilitating measures to fight the outbreak.

Bets were growing on officials announcing a 50-basis-point lift at their December gathering, down from four straight 75-point hikes, with officials keeping tabs on economic data.

The latest indicators showed the manufacturing and services sectors continued to contract last month, while jobless claims picked up.

The developments allowed Wall Street traders to head off to their Thanksgiving break with a spring in their step, the S&P 500 ending at a two-month high as they finally see a glimmer of light at the end of the tunnel after a painful year.

And Asia followed suit, with Tokyo, Hong Kong, Shanghai, Sydney, Seoul, Singapore, Taipei, Manila and Jakarta all in the red.

The more risk-on environment was also reflected in a further drop in the dollar against its peers, having surged for much of the year as traders bet on ever-higher US interest rates.

“Equities are revelling in the wake of the... minutes after the Fed telegraphed a downshift from jumbo to extra-large rate hikes,” said SPI Asset Management’s Stephen Innes.

“A commitment to moving toward restrictive monetary policy remains intact, but the (policy board) is ready to slow the path toward that destination.” He added that a less aggressive Fed “should pave the runway for take-off in Asia, fuelled by expectations of China’s reopening by March next year”.

Investors are keeping a close watch on China after it announced a record number of new Covid cases on Thursday as authorities worked to curb the spread with snap lockdowns, mass testing and travel restrictions.

While officials are trying more targeted measures to contain the disease, there remains a concern that they will resort to the painful city-wide shutdowns seen in Shanghai earlier this year as part of the country’s zero-Covid strategy, which hammered the economy.

However, the concern has been tempered somewhat after China signalled fresh support measures aimed at boosting growth, with the State Council saying tools would be used to ensure liquidity in markets.

The comments led to talk of another cut in the amount of cash banks must keep in reserve, freeing them to lend more.