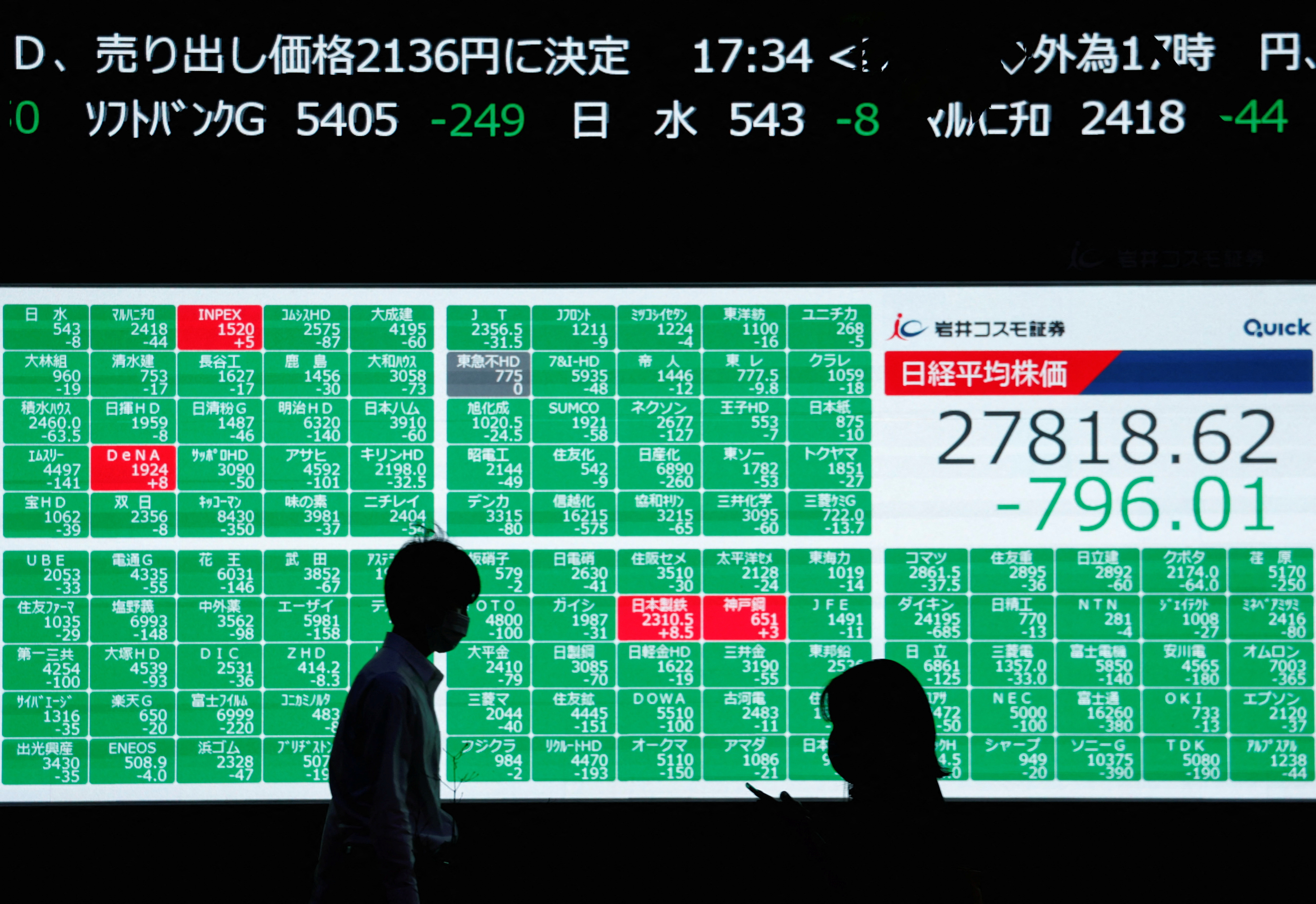 SYDNEY, Nov 24 (Reuters) - Asian shares mostly tracked Wall Street higher on Thursday while a sell-off in the U.S. dollar was extended, as markets reacted to the possibility of the U.S. Federal Reserve soon slowing its pace of interest rate hikes.

European markets, however, are set for a cautious open, with the pan-region Euro Stoxx 50 futures flat, German DAX futures up 0.1% and FTSE futures down 0.1%.

The Bank of Korea reduced its pace of tightening by increasing interest rates only 25 basis points on Thursday, joining other central banks in moderating rate hikes as a global slowdown looms.

Overnight, minutes of the U.S. Federal Reserve's latest meeting also showed a "substantial majority" of Fed policymakers had agreed it would "likely soon be appropriate" to slow the pace of interest rate rises. That sent U.S. share and bond prices higher.

"If you are at the Fed, you'd be gnashing your teeth at seeing what happened last night in response to the FOMC minutes. The market latched on to one sentence, the dovish sounding one, and they ignored the hawkish sounding bits," said Rob Carnell, head of ING's Asia-Pacific research.

"So the reason for such a big rally, particularly in FX markets, with the dollar really giving up ground and equities rallying, is frankly a mystery."

The futures market showed a majority of investors expected the target U.S. federal funds rate would peak above 5% by next May, even as they priced in a 76% chance of a rise of 50 basis points to 4.25%-4.5% at the December policy meeting.

In Japan, data on Thursday showed manufacturing activity had contracted at the fastest pace in two years in November.

COVID cases continued to surge in China, reaching a record high, with the economic toll from mobility restrictions and lockdowns piling up.

Investors remained sceptical whether Beijing's plan to reduce banks' reserve requirement ratio would do much to restore economic growth while the government sticks to a zero-COVID policy.

The sell-off of the U.S. dollar continued, with the euro and the Japanese yen set to test major levels against the safe-haven greenback.

Measured against the dollar index , a basket of currencies, the dollar slid 0.2%, after falling 1% overnight.

In the oil market, prices are set to test a major support level established in September. If they breach it, oil could tumble to levels not seen since before late 2021.

U.S. crude oil futures eased 0.2% to $77.74 per barrel, after tumbling more than 3% on Wednesday as the Group of Seven (G7) nations considered a price cap on Russian oil above the current market level.

In the bond market, long-term U.S. Treasuries rallied overnight after the Fed minutes. Yields on 10-year notes dropped to a huge 79-basis-point deficit relative to two-year yields. Such a curve inversion has not been seen since the dot-com bust of 2000 and, on the face of it, is a signal that investors expect a deep economic downturn in coming months.

U.S. markets will be closed for the Thanksgiving holiday on Thursday.