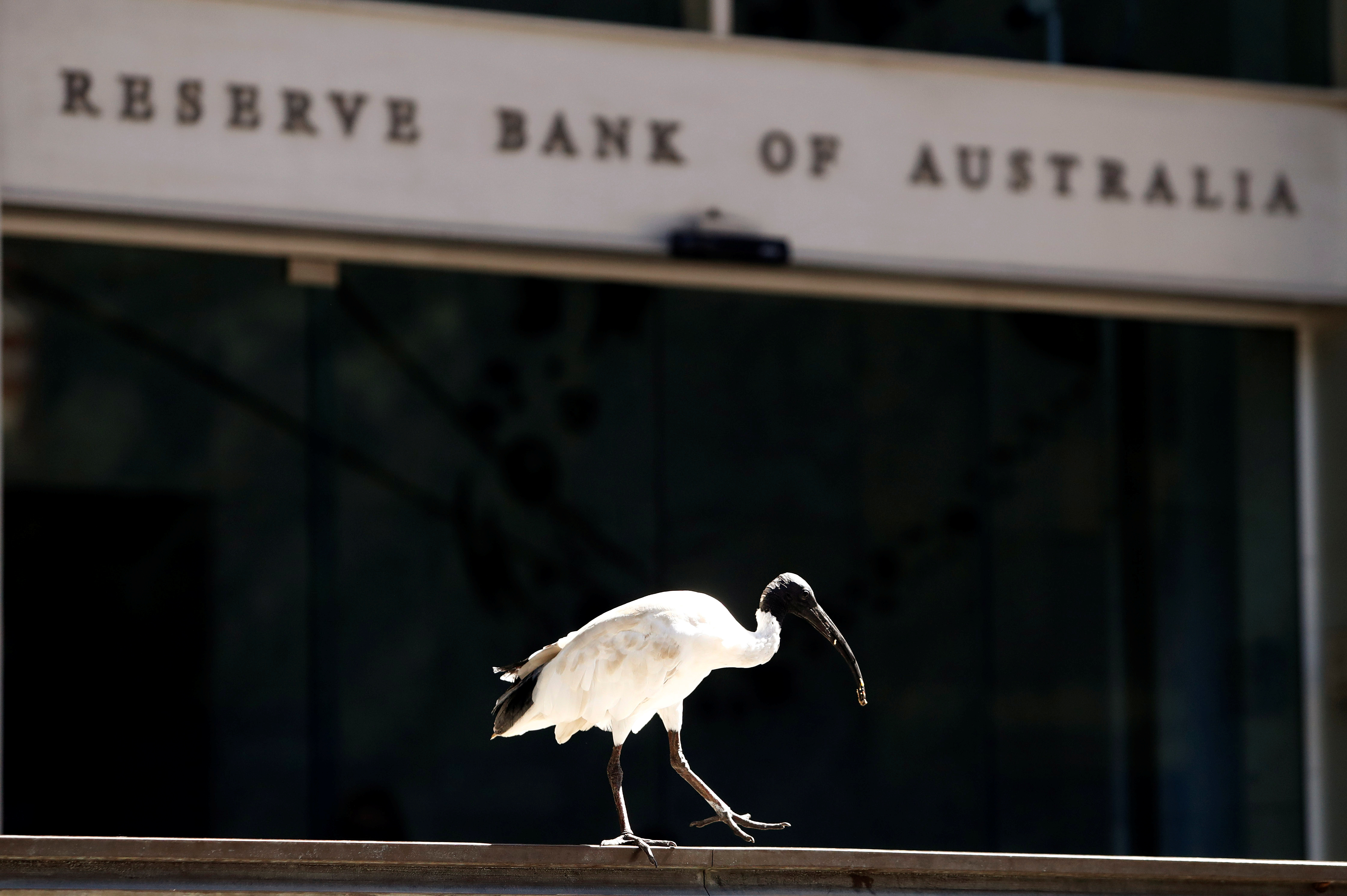 An ibis bird perches next to the Reserve Bank of Australia headquarters in central Sydney, Australia February 6, 2018. REUTERS/Daniel Munoz

SYDNEY, Aug 5 (Reuters) - Australia's central bank on Friday warned inflation was heading to three-decade highs requiring further hikes in interest rates that would slow growth sharply, making it tough to keep the economy on an "even keel".

In its quarterly Statement on Monetary Policy, the Reserve Bank of Australia (RBA) jacked up its forecasts for inflation, downgraded the outlook for growth and foreshadowed an eventual rise in unemployment.

Yet even with further increases in rates, inflation was not expected to return to the top of its 2-3% target range until the end of 2024, pointing to a long period of pain ahead.

"It is seeking to do this in a way that keeps the economy on an even keel," said RBA Governor Philip Lowe in the introduction to the 66-page statement.

"The path to achieve this balance is a narrow one and subject to considerable uncertainty."

The central bank has already raised its cash rate four months in a row, taking it from an emergency low of 0.1 to a seven-year high of 1.85% and is flagging more to come.

"The Board expects to take further steps in the process of normalising monetary conditions over the months ahead, but it is not on a pre-set path," said Lowe.

Markets see rates reaching 3.0% by Christmas and peaking around 3.30% in April next year.

The hawkish outlook reflects the fact policy makers have been badly wrong footed by inflation which has surged on the back of rising costs for energy, food and construction.

The RBA has had to lift its forecast peak for headline inflation to 7.75%, when as recently as May it had tipped 5.9%.

Core inflation is seen topping out at 6% by the end of this year and then declining only gradually to 3% by late 2024.

Lowe said these high levels risked getting built into wage- and price-setting behaviour, though so far longer-term inflation expectations had remained anchored to the 2-3% range.

Forecasts for economic growth this year were slashed by a full percentage point to 3.25%, while 2023 and 2024 were trimmed by around a quarter point to 1.75%.

"A higher cost of living, rising interest rates and declining house prices are expected to weigh on growth and spending," said Lowe. After a bumper 2022, house prices are now on the retreat with Sydney seeing the fastest falls in 40 years.

The bank has also been surprised by the strength of the labour market, which saw unemployment hit a 48-year low of 3.5% in June. The RBA now see the jobless rate falling to 3.25% by the end of this year, before rising slowly to 4% by late 2024.

Annual wage growth is expected to pick up to 3.0% this year and 3.6% next, though that would still lag inflation. Wages could grow 3.9% in 2024 which would be the fastest in many years.

All these forecasts are based on the assumption that interest rates rise ti around 3% by the end of this year, and decline a little in 2024.