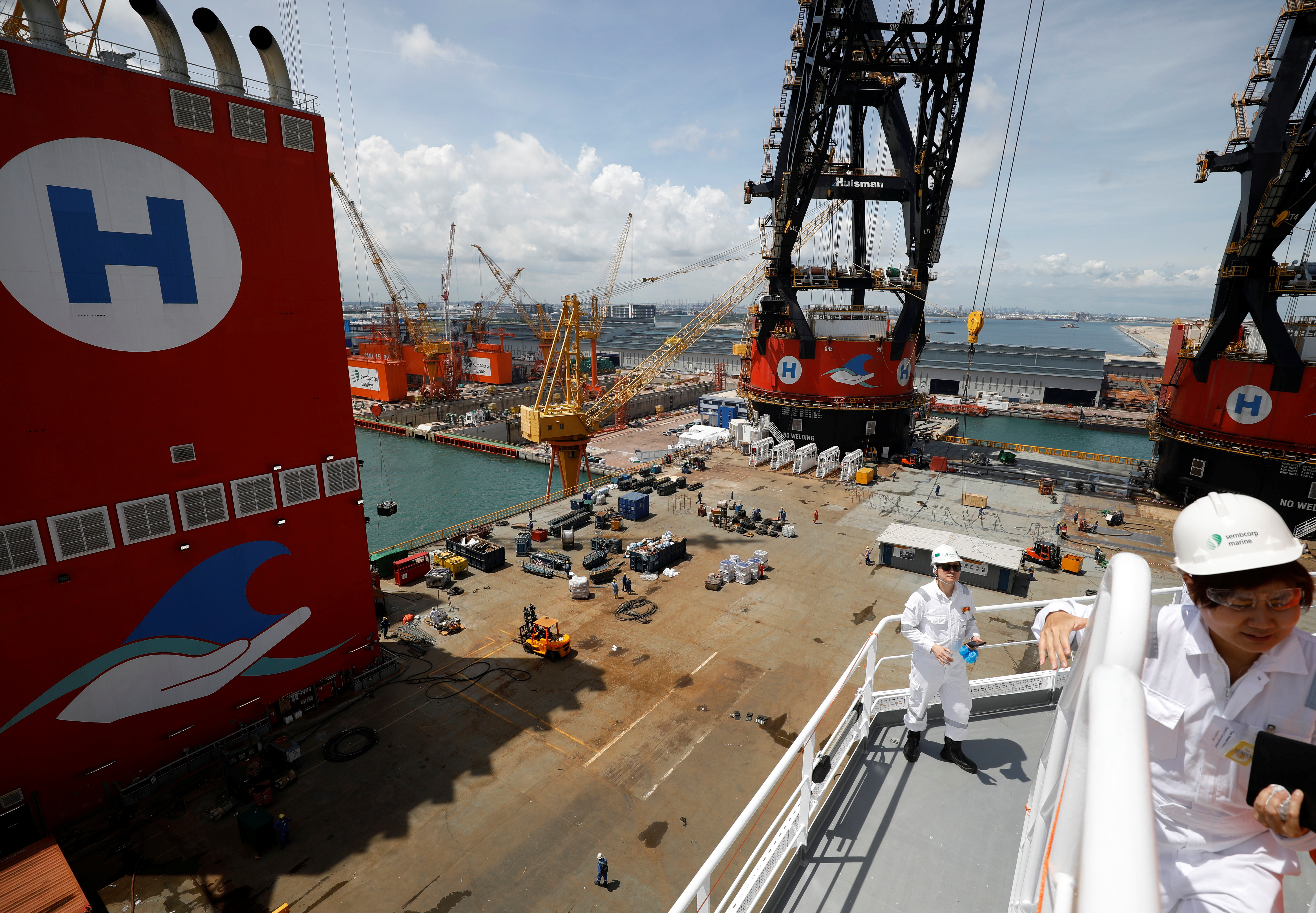 Members of the media tour operate deck of the Heerema Marine Contractors' Sleipnir, the world's largest semi-submersible crane vessel, at the Sembcorp Marine shipyard in Singapore, May 23, 2019. REUTERS/Edgar Su/File Photo

The Conventional Energy segment, which made up 86% of total revenue last year, swung to a profit of S$397 million ($288.73 million) in the first half from a loss last year, further aided by realised gains from favourable gas hedges entered in 2021 in Singapore.

Sembcorp Industries expects strong underlying earnings from the energy segment in the second half if market conditions remain steady, but flagged risks to its performance from global inflationary concerns.

The segment, through which Sembcorp owns and invests in energy assets across Asia, has seen business boom as power prices around the world soared on supply worries following major oil producer Russia's invasion of Ukraine.

It posted a profit attributable of S$490 million for the six months ended June 30, compared with S$46 million a year earlier, when it took on a S$212 million impairment charge for a coal-fired power plant in China.