The better-than-expected U.S. unemployment data gave the dollar a strong boost and it rose against the single European currency, easily breaching the support at 1.0119. At the time of writing, the price is consolidating around the next support at 1.0086. For now, the bears have settled permanently in the market and it looks like they will have no problem attacking the levels at around parity. There, the bulls could be expected to enter the market and hold off their pressure for a while. Only a breach of the resistance at 1.0188 could be seen as an attempt at forming a range trend that has become so typical of the pair, but this does not seem very likely for now. 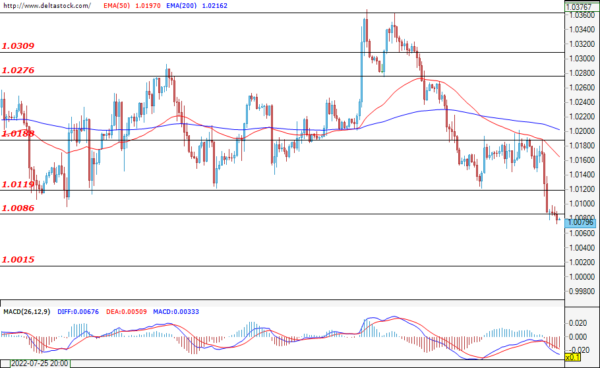 The breach of the resistance at 135.38 proved to be successful, reaffirming the positive sentiment for the appreciation of the dollar against the yen. The next target for the bulls will be the resistance at 137.28. A more sustained bearish reversal is not expected, unless the supports at 134.33 and 133.29 are both overcome. The bears managed to break through the support at 1.2020 after the U.S. jobless claims data came in slightly better than expected. At the time of writing the analysis, the price is hovering around the support at 1.1933, where the bulls are trying to hold off the bearish pressure, but the expectations are that they will fail and that the price will likely head towards the support at 1.1804. 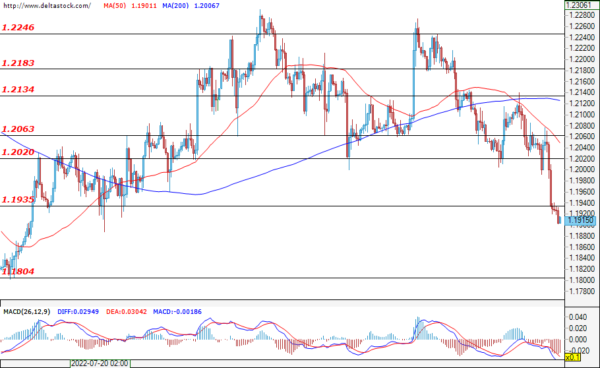 During the past session, the price of the German index consolidated in the range between the levels of 13785 and 13620. While the positive sentiments are likely not over yet, should the bears manage to overcome the supports at 13623 and at 13507, then it is possible that we will see a deeper correction towards the level of 13339. If, however, the resistance at 13785 is overcome, then the positive trend will return and the next target for the bulls – the level at 13885 – will likely be easily overcome. The positive trend for the U.S. blue-chip index is probably not over yet. Although the price has been moving in the range between 34279 and 33829 for the past three sessions, the breach of the support at 33892 has still not been confirmed. Even if it does end up being breached, however, signs of a follow-up correction could only be expected following the breach of the support at 33552. If this does not happen and the resistance at 34279 is overcome instead, then the next level for the bulls will be 34873, which can be seen from the higher time frames. Editor：Callie
Proofreading：AUREL
Reprinted from Action Forex, the copyright all reserved by the original author.
Forex
Nice, worth sharing!

USD/JPY pushes above 143, Core CPI next

Japanese yen – calm before the storm?

Week Ahead in FX (September 19 – 23): Four Central Bank Events And A Funeral