-25 Forecast(-37.8 Previous)
South Korea Stock Market May Extend Tuesday's Gains
RTTNews · 28 Sep 2022 5.5K Views
The South Korea stock market on Tuesday wrote a finish to the four-day losing streak in which it had tumbled almost 150 points or 6.3 percent to a two-year closing low. The KOSPI now sits just beneath the 2,225-point plateau and it may tick higher again on Wednesday.

The global forecast for the Asian markets is mixed to higher, with bargain hunting expected - especially among the oil and technology stocks. The European markets were down and the U.S. bourses were mixed and the Asian markets figure to follow the latter lead.

The KOSPI finished barely higher on Tuesday following gains from the industrials, weakness from the financials and a mixed picture from the technology companies.

The lead from Wall Street offers little clarity as the major averages shook off early strength, sinking as the day progressed with only the NASDAQ finishing in the green.

Bargain hunting contributed to the early rebound on Wall Street, as traders picked up stocks at reduced levels following recent weakness. Buying interest waned over the course of the morning, however, as concerns about higher interest rates and the outlook for the global economy continued to weigh on the markets.

The subsequent pullback by stocks came as treasury yields once again surged after an initial move to the downside, with the yield on the benchmark 10-year note reaching its highest levels in over 12 years.

In economic news, the Commerce Department noted a modest decrease in new orders for U.S. manufactured durable goods in August, as well as a rebound in new home sales last month. Also, the Conference Board saw a bigger than expected improvement in consumer confidence this month.

Crude oil prices climbed higher on Tuesday on reports producers have slowed down production in the U.S. Gulf of Mexico ahead of Hurricane Ian. West Texas Intermediate Crude oil futures for November ended higher by $1.79 or 2.3 percent at $78.50 a barrel. 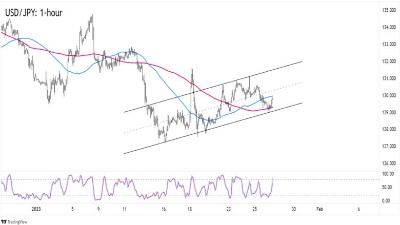 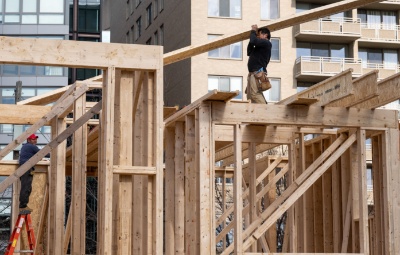 U.S. GDP rose 2.9% in the fourth quarter, more than expected even as recession fears loom

Indonesia Stock Market May Spin Its Wheels On Thursday

Singapore Stock Market May Be Stuck In Neutral On Thursday

Malaysia Stock Market May Add To Its Winnings